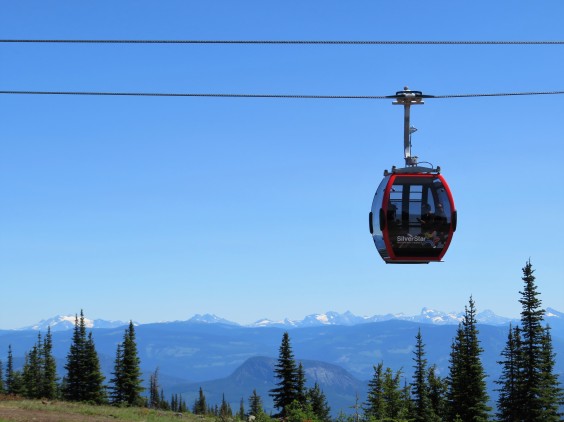 Powdr has purchased SilverStar Mountain Resort from owner Jane Cann, marking the Park City-based firm’s first foray into Canada.  Located in British Columbia’s Okanagan region, SilverStar operates seven modern lifts including a brand new gondola on 3,282 acres.  “SilverStar is a world-class destination that fits well with who Powdr is, what our properties are community favorites—and our commitment to protecting and enhancing the authentic year-round adventure experience for generations to come,” said Justin Sibley, Powdr co-president.  “The resort team is impressive and they have an incredibly strong relationship with the community, which we hope to build upon.”

“I am thrilled to pass the torch to such a competent and qualified operator as Powdr, who shares the same mission and beliefs for the SilverStar resort community and is committed to delivering memorable experiences and enhancing people’s lives,” said Jane Cann, whose father developed both SilverStar and nearby Big White into leading destination resorts.  “Powdr is an enduring company focused on patiently making each of its destinations the best version of itself locally.  I am confident that their scale and expertise will be beneficial in working toward the realization of SilverStar’s newly approved Master Plan.”  Current season pass partnerships will remain in place for the 2019-20 season.

Exciting news for the future of SilverStar Mountain Resort. POWDR announced today the acquisition of SilverStar, which will operate this season as part of POWDR. SilverStar is POWDR’s first mountain resort in Canada.
For more information visit: https://t.co/woNySZvkx6 pic.twitter.com/ZSphTsSylu

Powdr has been investing heavily in its properties of late and now operates eleven resorts in six US states plus one Canadian province.  Alterra Mountain Company, Boyne Resorts and Vail Resorts all also compete in the British Columbia market.

16 thoughts on “Powdr Buys SilverStar, BC”