Replacing a fixed-grip quad with another fixed-grip quad might not seem like much of a change, but Mt. Baker took a significant step forward this summer building an all-new Chair 7 with loads of upgrades.  The only lift out of the White Salmon base area is now a Skytrac, the first for this Pacific Northwest favorite with seven fixed-grip quads.

The Riblet Chair 7 opened in 1990 to serve an eastward expansion along with Chair 8 in 1992.  The last of Baker’s seven Riblets went in for the 2001-02, the second to last Riblet lift built anywhere in the world.  Beginning the following year, a series of four Doppelmayr CTEC quad chairs replaced lifts 1, 3, 5 and 6.  All of these lifts were powered directly with diesel engines.

Mt. Baker Ski Area’s new Chair 7 is the first on the mountain with an electric prime mover. 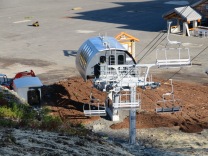 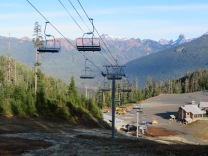 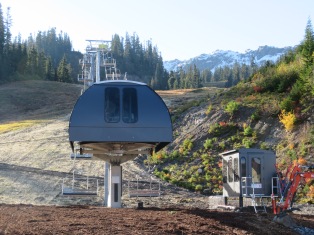 As General Manager Duncan Howat outlines in the above video, the new lift has whole bunch of advantages, including: 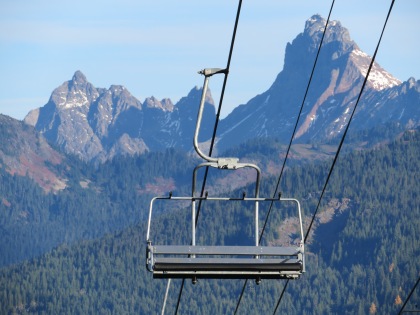 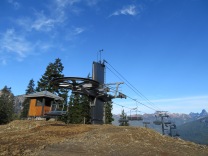 6 thoughts on “Mt. Baker Swaps a Riblet for a Skytrac”