Hop on Centennial Express for amazing scenic views of Beaver Creek and the Gore Range. Once you reach your destination at Spruce Saddle, enjoy hikes, lunch and games. #BeaverCreek

What a great morning to set the first tower of @woodwardparkcity ‘s new chair lift! These guys @doppelmayr_usa are so rad and kill’n it. The sun is shining and we couldn’t be happier to be making some big moves. Life is good Today. #woodwardparkcity #doppelmayr #parkcity #utah #beaUTAHful #fixgrip #actionsports365 #burton #gorgozapark #livethedream #itsabeautifuljourney 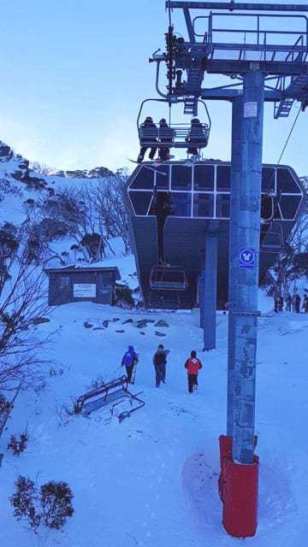 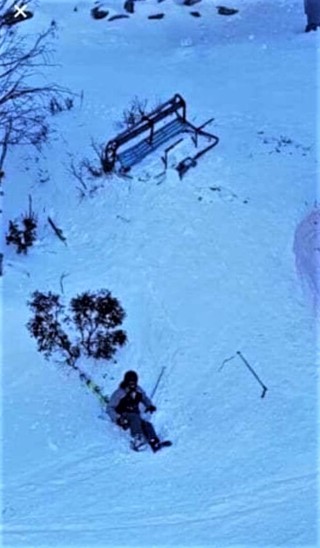 A lone skier was only slightly injured when the quad chair he was riding detached and fell some thirty feet near the top terminal of the Gunbarrel Express at Thredbo earlier today.  In a statement, the resort says the incident was isolated to one chair and the result of high winds.  According to the Canberra Times, the region recorded a maximum gust of nearly 70 miles per hour Monday.

Gunbarrel is a 1988 Doppelmayr detachable quad with DS grips.  The lift traverses more than 5,500 feet of intermediate and advanced terrain with a capacity of 2,800 skiers per hour.

We are responding to an incident in Thredbo after a chair on a chairlift detached, causing a passenger to fall 10 metres into deep snow. #SWIncidentAlert

It’s already Tuesday in Australia and Gunbarrel remains on standby while other lifts are currently open.

“We are incredibly excited to have the opportunity to add such a powerful network of ski areas to our Company.” – Rob Katz, @VailResorts CEO on the news that @skipeakresorts will be Epic! Read more: https://t.co/FOPvXNdwVY #EpicforEveryone pic.twitter.com/5HhDigqWTk

Vail Resorts has agreed to purchase Peak Resorts, the publicly-traded parent company of 17 ski resorts in the northeast and midwest.  The deal will more than double the number of mountains Vail operates and expand markets such as New York, Philadelphia and Washington, D.C. for the Epic Pass.  Mountains to be acquired include Mt. Snow in Vermont, Hunter Mountain in New York and Attitash in New Hampshire.  Combined, Peak Resorts operates 109 aerial lifts in seven states.  Vail will be up to 37 mountains in three countries with 437 lifts upon closing.

Peak itself closed on a $76 million purchase of Snow Time, Inc. less than eight months ago, yet the merger and acquisition action continues. “We are incredibly excited to have the opportunity to add such a powerful network of ski areas to our Company,” said Rob Katz, chairman and chief executive officer of Vail Resorts in an early morning announcement. “Peak Resorts’ ski areas in the Northeast are a perfect complement to our existing resorts and together will provide a very compelling offering to our guests in New York and Boston. With this acquisition, we are also able to make a much stronger connection to guests in critical cities in the Mid-Atlantic and Midwest and build on the success we have already seen with our strategy in Chicago, Minneapolis and Detroit.”  The deal must still be approved by Peak’s shareholders, which are being offered $11.00 per share.  When the deal closes, Epic Pass holders will receive unlimited, unrestricted access to all 17 resorts.

Vail plans to spend approximately $15 million for one-time capital improvements over the first two years and an ongoing $10 million per year to support the Peak properties.  Vail’s EBITDA is expected to increase by $60 million annually with the new additions.  The transaction is expected to close in the fall. 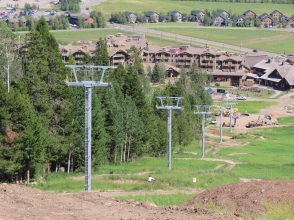 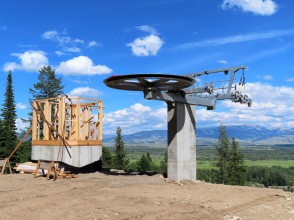 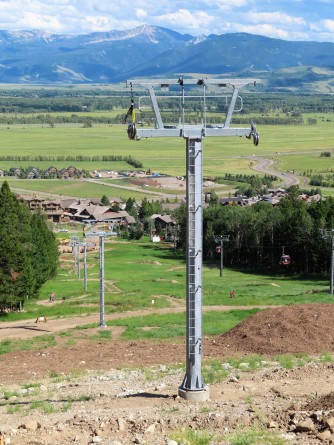 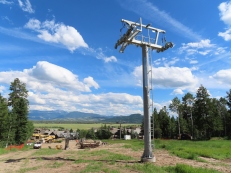 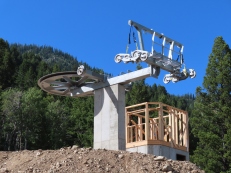 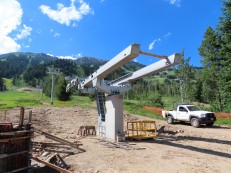 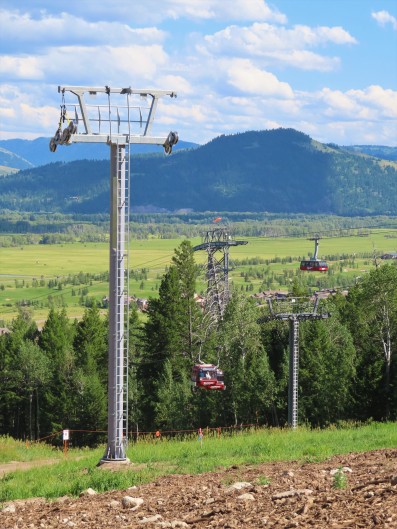 In order to create the most efficient loading zones for Brooks and Skyline we've leveled the ground and will move the Skyline bottom terminal forward by crane. In this scene, concrete traveled along the blue arch from the pump truck and into forms to create a new foundation for Skyline’s terminal. Head to our blog to learn more about the process! #stevenspassion 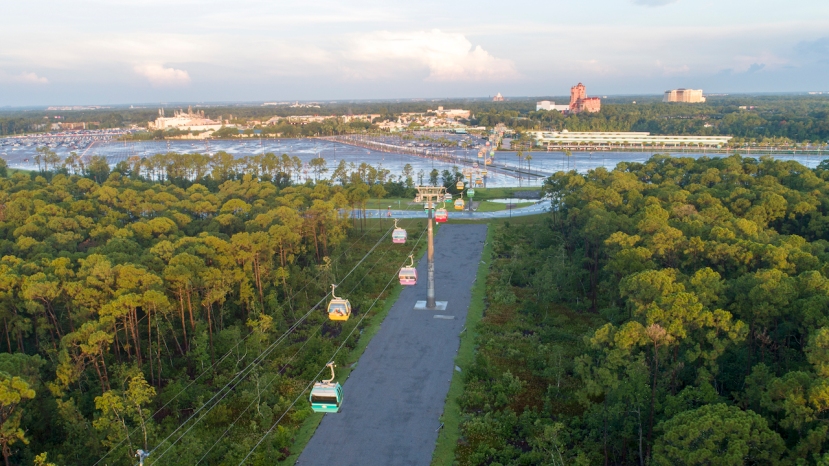 Recent photos show finishing touches like landscaping and painting underway in advance of the opening.

Disney Skyliner testing today in the Epcot-Riviera-Caribbean line. Seen previously in the DHS line, seems to be a 24 hrs or longer non-moving load test. pic.twitter.com/Ow54DvkLKN

END_OF_DOCUMENT_TOKEN_TO_BE_REPLACED

It may take a few years, but Sunlight Mountain Resort intends to add 100 acres along its eastern boundary serviced by a fourth fixed grip chairlift.  Glading work has already begun and will continue into next summer.  “This is a multi-year effort,” General Manager Tom Hays recently told the Glenwood Springs Post Independent.  “We are in the very early stages of a process that includes building a capital fund, negotiating additional financing, permitting processes with the county and Forest Service, mapping, planning, and shopping for lifts.”  The project is estimated to cost $4 million and is dependent on another season or two as successful as 2018-19.

New runs will be cut on private land below the Midland Traverse and will remain hike-out until the lift is installed.  The chair will load just above Four Mile Creek and unload above the Beaujolais and Rebel trails.  “We’re excited to expand skiing and riding on the already legendary East Ridge,” said Marketing and Sales Director Troy Hawks. “These new runs mean our local skiers and riders will have even more powder to explore and exploit.”  If all goes well, the new lift could spin in 2021.