The most state-of-the-art chairlift in the world went vertical today under wispy Montana skies.  Teams from Doppelmayr, Big Sky Resort and Timberline Helicopters flawlessly executed 71 trips to hundreds of thousands of pounds of steel to Andesite Mountain in under six and a half hours.  Thanks to good weather and an even better crew, that’s an average of one pick every 5.5 minutes, including refueling.  As fly days go, it was amazing to watch Ramcharger 8 take shape. 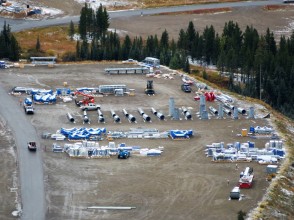 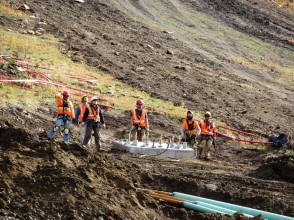 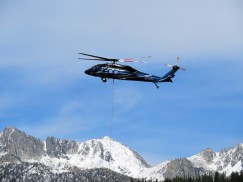 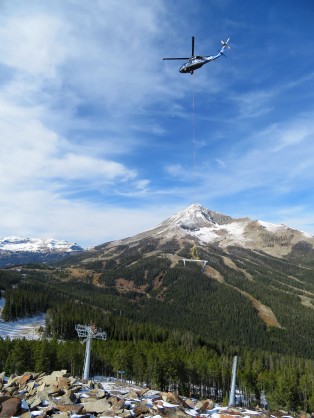 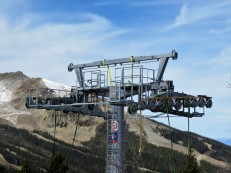 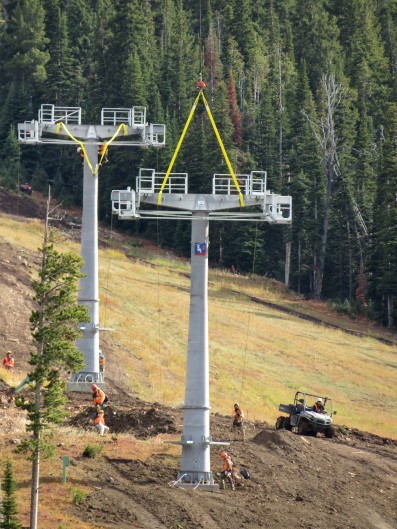 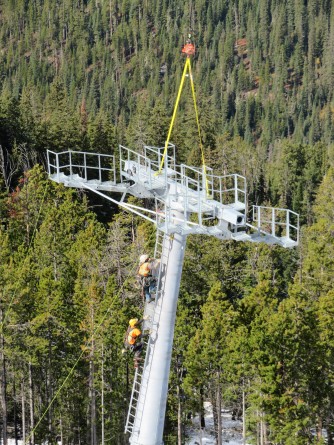 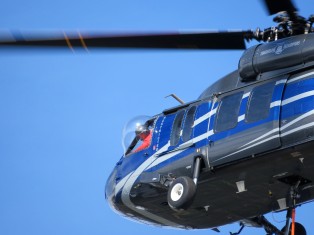 In case you missed March’s announcement, Ramcharger 8 will be a lift fit for the Biggest Skiing in America.  Among the innovations: 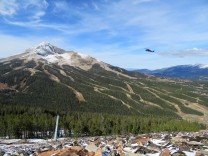 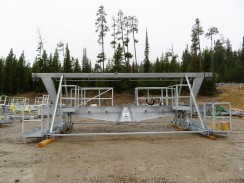 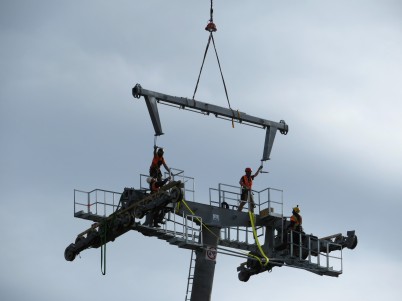 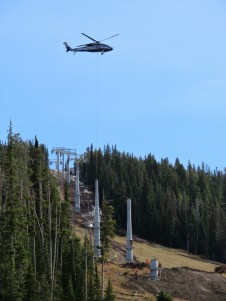 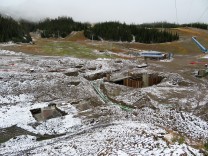 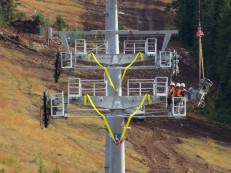 Even though Big Sky’s hotels and shops are closed until ski season, Mountain Village was electric today with employees and locals marveling at the precision flying.  Although the Ramcharger lift hails from Austria, dozens of Americans are working seven days a week to build it along with a new Shedhorn lift.  Even during today’s tower action, loads of terminal parts were being hauled to the summit for installation this month.  Things are moving quickly as we head toward both lifts’ December debuts. 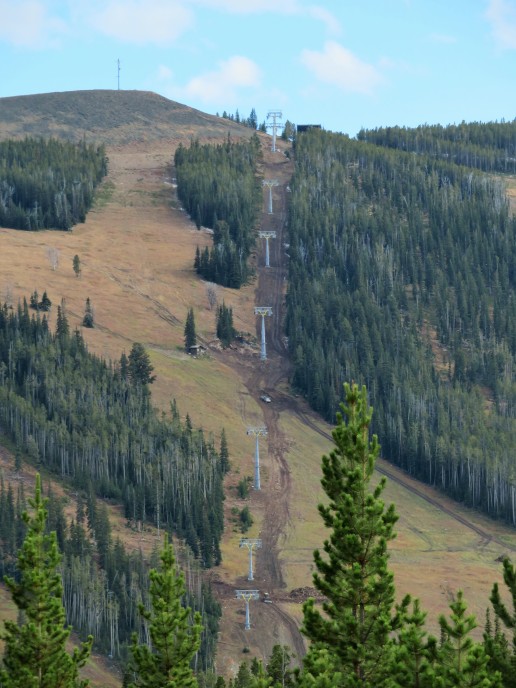