When holiday crowds catch a Cabriolet to The Village at Winter Park Resort this year, the second lift they’ll see is the resort’s first true gondola.  Capable of hauling 3,600 skiers per hour out of the base area, the new Zephyr lift replaces a 1990 high-speed quad that could do only 2,600 in a perfect hour.  Announced in March, the Leitner-Poma system will be similar to Vail’s Gondola One but with something totally new to the North American market: DirectDrive. 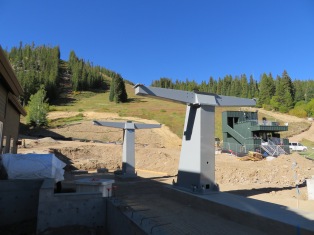 Sigma is fabricating 79 ten passenger Diamond cabins with the fresh Winter Park logo unveiled on Monday.  The $16 million gondola and new brand are just part of a $28.2 million capital drive this year in cooperation with Winter Park’s operator, Alterra Mountain Company.  Amazingly for a resort of WP’s size, this is the first new lift in ten years.  Snowmaking is also seeing mega upgrades and a new heated village plaza will lead seamlessly to the bottom gondola terminal.  The old Zephyr had 20 four passenger cabins used for restaurant access at night but the new version will be fully ADA accessible and operate day and night. 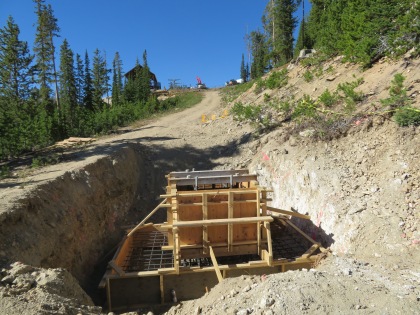 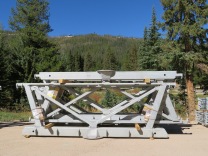 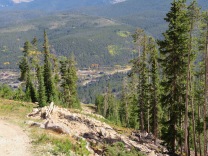 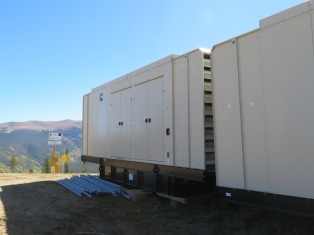 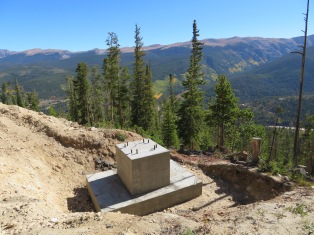 Director of Mountain Maintenance Bob Holme and Lift Maintenance Manager Brad Hawkins, who were kind enough to show me around today, got to travel to the Alps last spring to see DirectDrive in action.  They showed me a video from a gondola terminal in which guys could chat at a normal volume three feet away from the drive bullwheel.  Both Leitner and Poma have used these low speed synchronous motors for years across the pond and Winter Park’s is coming from Telfs, Austria.  The rest of the lift is proudly made in Colorado at Leitner-Poma’s Grand Junction plant.  Leitner notes its solution is the only gearless drive system for ropeways and consists of just three moving parts with no engine oil needed.  Winter 2018-19 is going to be an exciting one for lift technology as four different direct drive lifts debut in the US nearly simultaneously.

The new gondola features 18 towers, down from 21, and all but three footers are now in place.  Two giant generators will power the lift when necessary and either one can run the machine at reduced speed.  An expansive maintenance building is under construction at Sunspot with grip and wash bays included.  The Winter Park maintenance team is pretty pumped for a second shop at the center of the mountain that will support numerous lifts, not just the gondola.  The Zephyr name isn’t set in stone and I wouldn’t be surprised to see a new name before winter to go along with everything else new at Winter Park this year.

9 thoughts on “The Gondola Era Arrives at Winter Park”