A chair got caught in a terminal guide and fell from the LaValle Creek lift at Montana Snowbowl on New Year’s Day.  The haul rope was damaged enough that dozens of other riders were roped down from the lift.  No one was injured.  The lift remains closed and Snowbowl owner Andy Morris says repairs may take a week or more.

The 1984 Riblet is the only lift servicing Montana Snowbowl’s 7,560 foot summit.  Riblet lifts do not utilize traditional grips but rather clips that are inserted into the haul rope.  Clips coming loose are rare but not unheard of occurrences.  In 2011, the same lift lost a chair in the loading area.

Lift ticket prices have been reduced as a result of the summit closure.  Snowbowl’s long-awaited Snow Park Expansion may debut before LaValle reopens, giving guests more intermediate options.  The expansion has been under construction for three years and includes a used Riblet double from Snowmass. 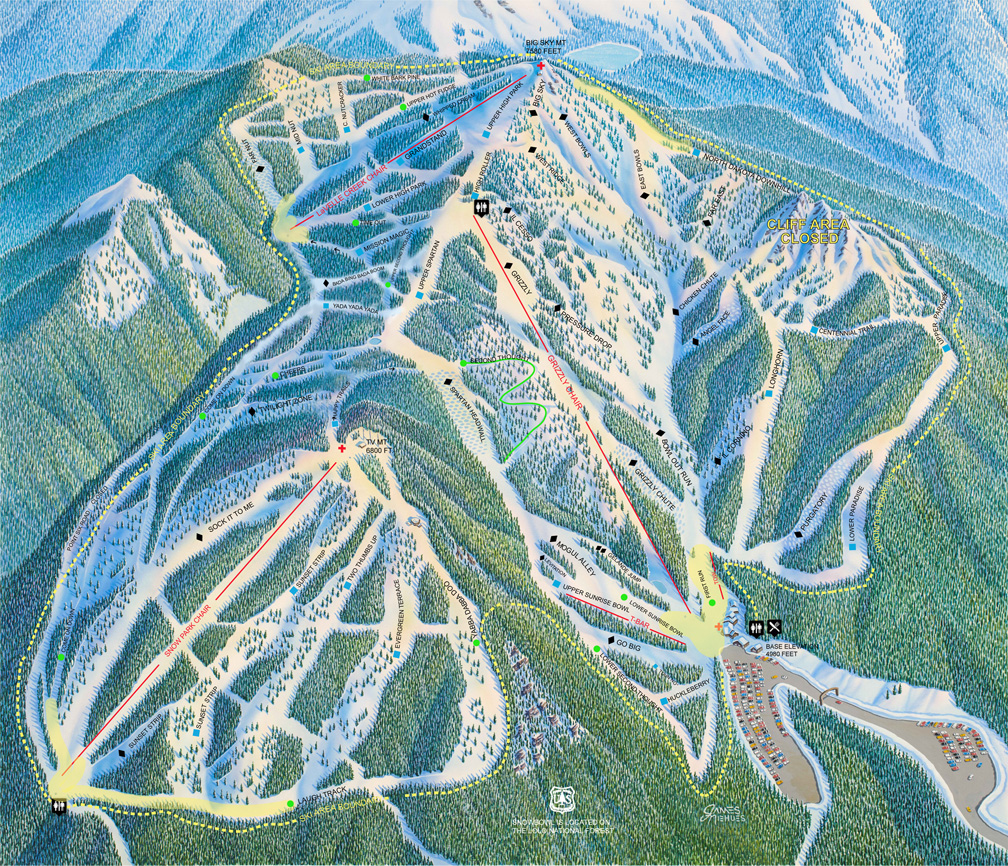 If all goes according to plan, Montana Snowbowl will add up to 1,088 acres of ski terrain next winter in a homecoming of sorts.  Expanding onto neighboring TV Mountain, Snowbowl will nearly double in size, going from a modest two Riblet doubles and a Doppelmayr T-Bar to a major Montana player with seven lifts and 2,243 acres.  Construction is underway and legendary artist James Niehues is currently painting the trail map for North America’s biggest expansion of the year.

The Forest Service finally approved Snowbowl’s TV Mountain expansion in May 2014 after ten years studying a connection to the long-lost Snow Park Ski Area.  Owner Brad Morris acquired the Burlingame and High Alpine doubles from Snowmass (for free) in 2015 and the first of four new lifts will open this season.  Work started last fall, but early storms forced crews to pause over the winter. 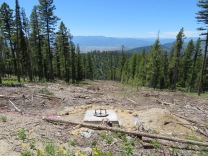 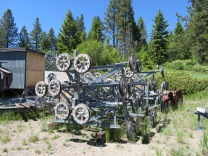 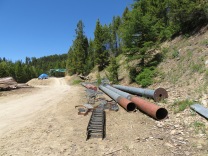 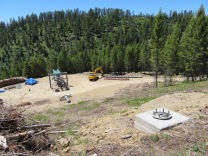 Montana Snowbowl does not have a true beginner or low-intermediate lift, in part because most Missoulians learned to ski at Marshall Mountain until 2003.  Facing a need to broaden its appeal beyond advanced skiers, Morris worked with the Forest Service on the expansion plan which he submitted for approval in 2004.  Thirteen years later, the beginnings of a new lift dubbed ‘B’ stretch 4,900 feet from the original Snow Park base area to the summit of TV Mountain with 23 towers under construction.  In contrast with the Grizzly chair that rises steeply from the current base area, the new lift will ascend a modest 1,440′ vertical west of TV Mountain’s namesake towers.  Ride time will be 11 minutes with a capacity of 1,200 skiers per hour.  Burlingame’s tension-return station is already standing while the drive station up top will likely be High Alpine’s.

END_OF_DOCUMENT_TOKEN_TO_BE_REPLACED

This is an open thread.  Feel free to leave a comment on anything lift-related. 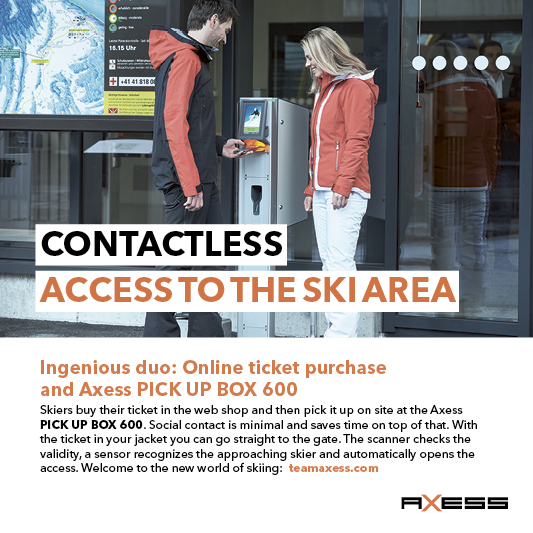 Place just tripled in size yet still flies under the radar. #nordicvalley #leitnerpoma #mountaincapitalpartners
When it snows so hard even 70 degree heated concrete won’t melt it.
Measuring in feet a lot these days.
Iowa skiing exceeding expectations.
Blue sky + powder to end 2020. #puremichigan
Up and at ‘em. Storm total 18 inches.