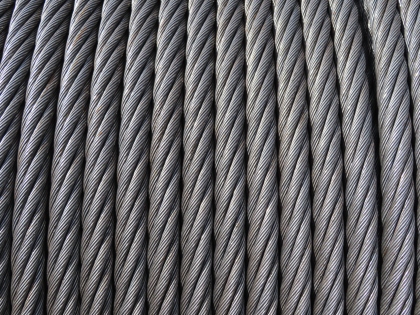 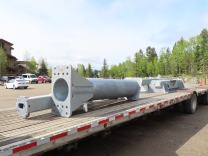 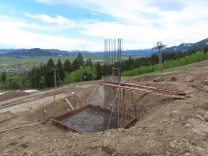 Before building lifts on Eagle Peak, growing Inland Northwest ski area Lookout Pass will replace core out-of-base Chair 1 with a Skytrac quad, its first brand new lift in 37 years.  The fixed-grip quad will double uphill capacity on the Interstate 90 side of the mountain and better position Lookout for planned future expansion.  The ski area, which sits at 5,600 feet along the Idaho-Montana border, added three Riblet chairlifts in the early 2000s but all came used via other mountains.

The new Chair 1 will follow the existing alignment and utilize some of the current Riblet towers with a slope length of approximately 2,900 feet and vertical rise surpassing 800 feet.  Lookout’s project is the fourth announced new lift for the State of Idaho in 2019 following commitments by Tamarack Resort and Schweitzer.  Sun Valley recently pushed back its Cold Springs quad project to 2020.

Lookout Pass is the only ski resort in America spanning two states, two National Forests and two time zones.  While markedly low-key, this local favorite on the Idaho-Montana border has grown rapidly from one lift to four since 2002.  A Record of Decision published today by the Idaho Panhandle and Lolo National Forests gives Lookout approval to build two new lifts on Eagle Peak, upgrade Chair 1 and add 15 new trails spanning 654 acres.  Vertical rise will increase more than 40 percent to 1,650′ as the lift-served summit moves from Runt Mountain to Eagle Peak.  Taken alone, the expansion will be larger than all but four ski areas in the Eastern United States.  When combined with current terrain, once little Lookout will provide more than 1,000 acres of terrain for a growing number of skiers in the Inland Northwest.

Lift 1, a 1982 Riblet double, will be upgraded to a fixed- or detachable-grip quad in the existing alignment.  A new fixed-grip double, triple or quad chair on Eagle Peak dubbed Lift 5 will be 5,200′ long by 1,300′ vertical with around 24 towers.  A smaller 2,800 x 800′ Lift 6 was approved as a double chair ending on the same summit.  A 12,000′ power line will need to be trenched to both relatively remote new bottom drive terminals.  “The new lifts will incorporate components recycled from the Lift 1 upgrade as well as used components purchased from other ski areas to promote resource conservation and to reduce costs,” the ROD notes.  Lookout Pass already operates four Riblet fixed-grips, three of which were relocated from other resorts. Fittingly, one of the new lifts will be located in Idaho and Pacific Time, the other in Montana on Mountain Time.

Not wasting a moment, Lookout Pass said in a statement, “Phase One projects will be initiated starting this summer.  Specific projects are subject to logging bids and contracts plus additional ski lift and building plan review.  We will announce the proposed projects timeline as soon as possible.”  You can learn more and follow the progress here.