Two of the five biggest American ski areas without detachable lifts will leave the club this year.  They are Loveland and Taos, both coincidentally adding bright blue Leitner-Poma high speed quads to serve as out-of-base workhorses.  Along the Continental Divide at Loveland, the newly-named Chet’s Dream is the third chairlift to follow the Lift 1 line, carrying on the legacy of a Heron double and later a Lift Engineering triple.  Family-owned Loveland ordered this lift early as 1 is usually among the first in the country to open for skiing in October.  “It’s a big deal for both us and our guests,” Marketing & Communications Director John Sellers told me when I visited last week.  “This lift will be in operation for the next few decades and we are excited to offer the increased speed and reliability to our customers for years to come.”  With towers all flown  and the rope going up shortly, the project is right on schedule. 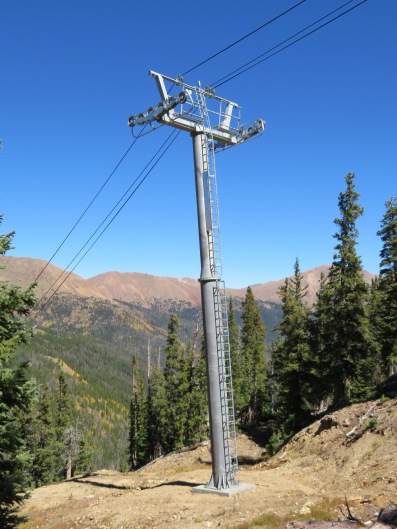 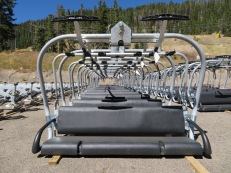 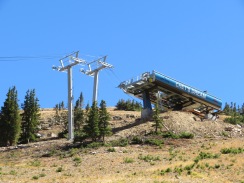 Chester “Chet” Upham, Jr. joined Loveland in the 1950s and was instrumental in building the original Lift One, the third chairlift in Colorado.  He bought out his partners in 1972 and the Upham family continues to own Loveland today.  Chet’s Dream is the work of former Loveland ski patroller Terry Henningson, who submitted the name as part of a contest this spring that received nearly 3,000 entries.  “Chet’s Dream stood out immediately as a way for us to honor a ski industry pioneer and the patriarch of Loveland Ski Area,” said John.  I’m told the most popular entry was Lift 1 followed closely by Lifty McLiftface. 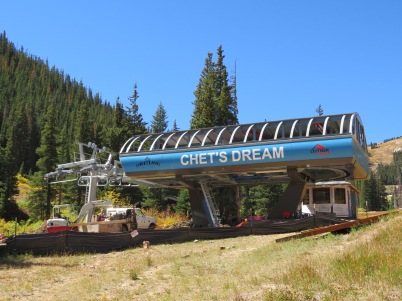 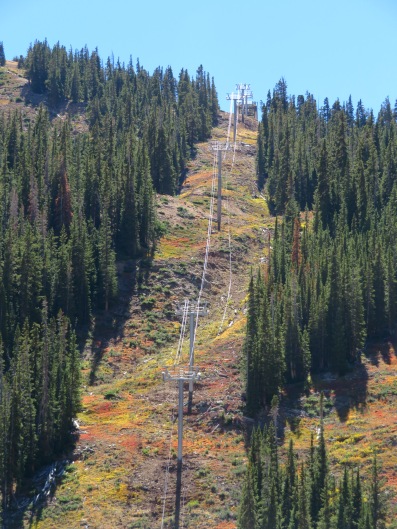 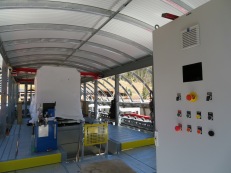 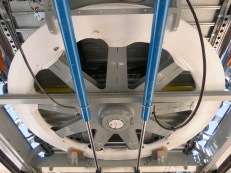 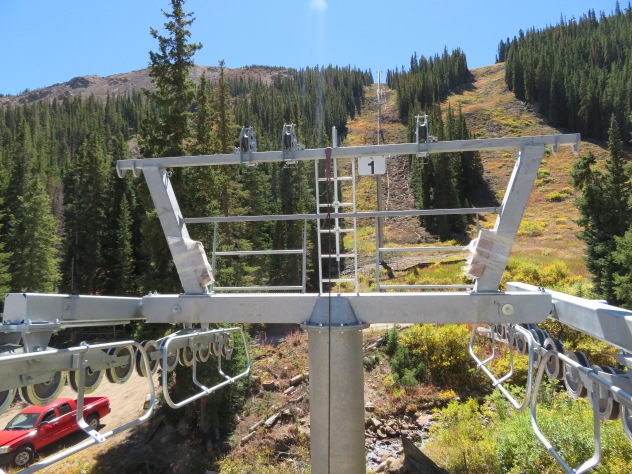 Ride time will fall from eight minutes to three and the number of towers is down by four.  49 quad chairs will circulate on the bottom drive lift.  “Lift 1 was our workhorse and it had served us well for over 30 years. It was time for an upgrade and it was exciting to learn that our owners were considering a high-speed lift for its replacement,”  John told me.  Will it be the only high speed ride at Loveland?  “Lift 6 will be our next upgrade and that will remain a fixed grip.  As for future upgrades and any new potential lifts, we will have to wait and see what happens.” 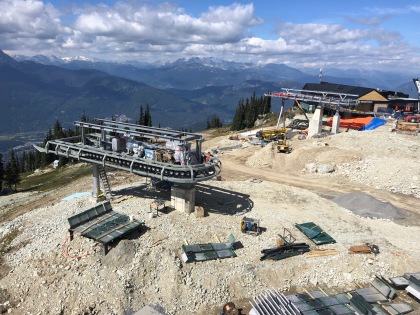